I wrote a thing for a prompt linkup! It once again involves weird fairies and even weirder people, to the surprise of absolutely no one! Anyway, here, have an absolutely awful part-time assassin badly attempting to make up with her brother

I feel like all of my characters are very autistic-coded. I don’t know if these two come across as autistic, but I know in my heart that they are ❤ Also, yes, everyone in this story is aromantic, I don’t make the rules (I mean, I do, I’m the author, but you know what I mean).

Henry Zheng often said that he would welcome his sister back with open arms whenever she came to her senses, but when Marian finally showed up at his door, looking much like a wet dog left out in the rain, he very nearly slammed the door in her face.

He could not bring himself to be so hardhearted, however. He understood what must become of a woman left on the streets with no connections, and he would not bring such a thing on his sister, no matter how little care she may show both to others and to her own reputation. How he wished she were a man. She might have been happier, then, and he would have been able to leave her there on the doorstep. But she was not a man, so he only stared her down for a few moments before allowing her inside and brewing her some tea.

She wore some ridiculous green gown, something that the lionhearted Marian from the medieval story may have worn. He remembered back when Marian used to wish to be able to wear fashionable clothing. She sat down on the armchair, the red one with the rip down the back of it. Marian still looked the same as when she had left him, with her wild hair and her pale, oval face, and her dark eyes that people said shined with an otherworldly sort of look. He had always been a prosaic person, himself, but even he had to admit that there was something odd about them. A mystic’s eyes, his father had always said about her.

“Well, this cottage is much as I remembered it,” Marian said, more to break the silence than anything else, most likely. Henry had not changed a thing since his father died and he inherited the place, not even bothering to fix the spot in the roof that always leaked. “You never settled down and found a wife for yourself? I always thought you might do well with Agnes.”

He’d always thought—most unkindly—that Agnes was a sweet girl, without much substance, though he knew in the back of his head that he would not dislike her half so much if half the people he knew didn’t subtly try to push them together. “I’m not inclined towards marriage,” he said coldly.

“Oh, neither am I,” she said, not perturbed at all by his tone. “And here I thought I was the only one on this earth not inclined to fall in love in the slightest. Is it not amusing how…” Her voice trailed off at his expression.

“You ran away with some fairy prince,” Henry bit out. “I had to listen to everyone speak of how you had run off to live out of wedlock with some traveler passing through town. And—” His voice shook, which was embarrassing. “You never once came back. You never even wrote.” He knew the last complaint was childish, for it wasn’t like she’d have much opportunity to send a letter way down in the barrows below, was it? And yet it still stung. “If not for the letter you left on the mantle, I would never have known what had become of you, Marian. So tell me, what motivation did you have, if not love?”

Marian’s face froze. She rested her chin in her hand, brow furrowed. “Well, I would never love him romantically,” she said. “I mean, I am very fond of him, and he is fond of me, but that is simple friendship.”

Henry struggled to remember how to speak, with the anger clouding his mind so. “So you ran away for friendship?” he asked finally. Henry had never considered any friend to be more important than his family, but perhaps he was simply not cut from the same cloth. He poured the tea into the only teacup that wasn’t chipped, and handed it to her without a word.

He wished things could go back to how they were as children, when they would play by the riverside, and Marian would say awful things about their neighbors while she dragged her fingers through the filthy river water, and he would say nothing. He had gone down to that riverside a few months after she left, but it carried nothing of Marian. It was just a river.

“And he thought I was very good at killing things,” she said brightly. “I suppose you’ve never had to assassinate anyone before. I cannot say I recommend it. It tends to be very messy.”

This was all a little much to take in. He tried to imagine Marian, a gun in her hands, or perhaps a knife, and he found that he could. She always had been the more ruthless of the two of them. “Do tell me, is the Prince in the Barrows a good friend?” he asked. “Because he sounds like he must be absolutely charming.”

Marian tilted her head, considering. “Oh, he is,” she said. Henry gave up hope for their relationship once and for all. “Wicked by a mortal’s standard, surely, but very charming.” She finally caught his meaning. She leaned back, crossing her legs. “You were being sarcastic.”

Henry refused to respond. They sat in silence for several minutes, which probably was more awkward for him than for Marian.

Marian was much more confident than he remembered her. She seemed to him to be the sort of woman who would lead armies. It bothered him, the idea that she had changed so much and he had not changed at all.

“You know I could never have stayed, Henry,” she said. “To live as a proper woman, and get married, and be a mother! I would rather not live at all, and what other choice existed for me?”

Henry stared resolutely at the mantle. It really needed to be dusted. The whole house could use it. The place was starting to look uninhabited.

“And the whole town looked askance at me because my parents came from China, and because—well, I will admit that I am a little odd,” she said, squaring her shoulders. “But being odd is hardly a sin, and everyone treats it like it is.” She turned the teacup in her hands, chewing on her lip as she stared off into nothing. “The Prince in the Barrows never cared for any of those things. What would he do, judge me for being odd?” A note of affectionate scorn came into her voice.

He had been through most of the same things that she had, and yet he had never run away with a fairy prince.

He never meant to yell at her, but he fancied it really was more than any man could bear. “You say no other choice existed,” Henry snarled, “but I would have provided for you! If things were bad for you, I would have been there by your side! Why did you not confide in me, if you felt you had no other choice?” He stopped short at the sight of her tearstained cheeks. “Marian,” he said gently.

“I love you,” Marian said. “How could I not love you? I would be unnatural if I had no love for my brother. And whatever happens, whatever you or I do, you’re still my brother.” She lifted a trembling hand to her brow. “But I could never be happy in this place. I hope you know I am sorry, Henry,” she added anxiously. “I came here to apologize, and then when I saw you, I couldn’t. But I’m apologizing now.”

He shook his head. “I understand,” he said quietly. In truth, he understood her a little more than he liked. “You won’t be staying, will you?”

She stilled. “No, Henry,” she said. She took a deep, shuddering breath. “I must leave soon. But I can stay for a night.”

He still found it hard to convince himself that she cared a whit for him, and he still found himself angry at her. But she was finally here, at least. He had never expected even that.

He might not ever find it in himself to forgive her, but he could never turn her away. “Then stay,” he said. She smiled at him, and he smiled back, neither of them happy. But he was not nearly so sorrowful as he had been the past five years, so perhaps that was enough.

Anyway, tell me what you think! I hated this at first but I’m starting to get a little fonder of it lmao. I’m almost tempted to turn this into something longer, but I think it’s staying a short story for now? Probably???

6 thoughts on “Fairy Princes, Sisters, and Other Such Nonsense–a short story” 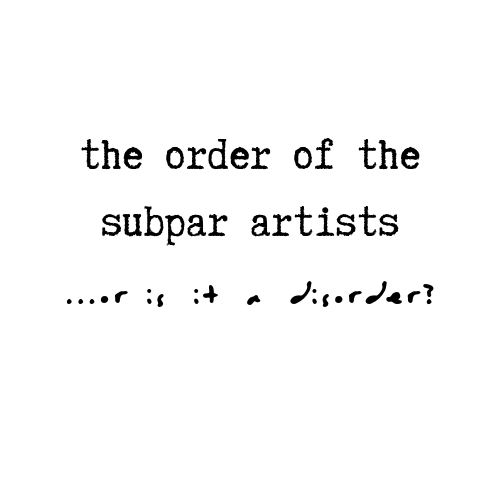